Maciej Musiał will come around for winter holidays to Libero! 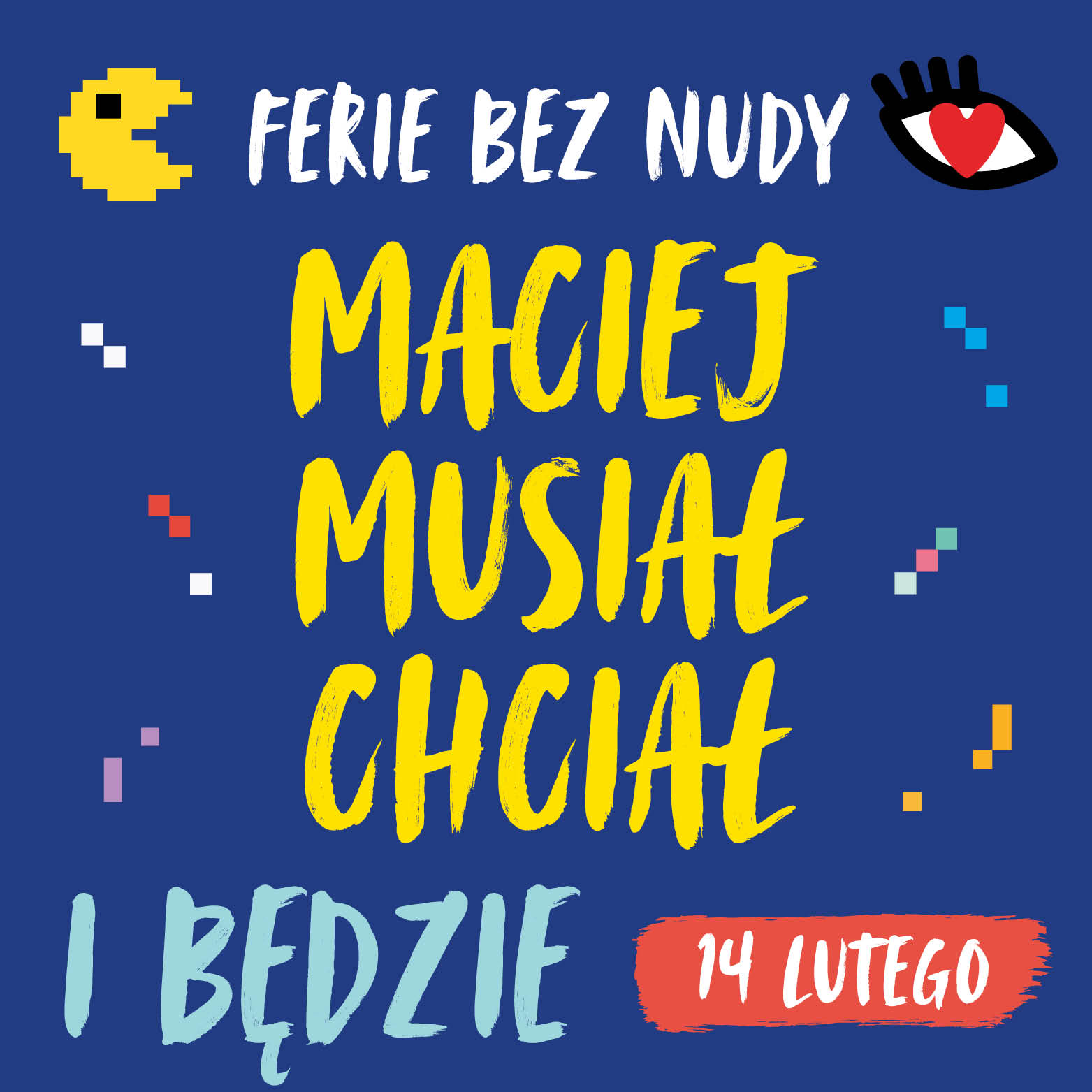 On Thursday, 14 February, on Valentine’s Day, it will be a great opportunity for all fans of Maciej Musiał. As part of the ongoing “Winter Holidays without dullness in Libero” campaign in Libero, you will be able to meet an actor known for the role of Tomek Boski from the series “Rodzinka.pl”. Maciej Musiał will also take part in the official inauguration of the unusual Retro Game Zone, in which there will be more than 20 most valuable, iconic consoles and PCs known in the ’80s and’ 90s.

The meeting with an actor and film producer will start punctually at 3 p.m.at the Starbucks coffee shop. Fans of Maciej Musiał, apart from questions about the behind-the-scenes work on the famous series “Rodzinka.pl” or the creation of the first Polish production for Netflix “1983”, will be able to take a picture with an actor and get an autograph. Additionally, for all participants of the meeting and not only them, the Starbucks café has prepared attractive discounts. On this day, special prices and offers for happy hours will also apply to other restaurants and cafes in Libero. A detailed list of special offers is available here.

Iconic computers and consoles from years ago

An hour later, at 4 pm, Maciej will officially open the specially prepared the Retro Games Zone, organised in cooperation with the Museum of the History of Computers and Information Technology. Amstrad / Schneider, Commodore C64, Amiga 600, Atari 800XL, PONG or Super Pegasus – these and others, a total of more than 20 unusual computers and consoles, which used to be fun years ago, without dullness in Libero, once again show what they can their value and why they are still mentioned with sentiment. You can use most of devices. Some of the most valuable models – of museum value – will be shown in two showcases. The youngest generation raised on smartphones and tablets, in the Retro Games Zone like in an interactive museum will experience a time journey. They will not only play iconic games installed from cassette tapes, but thanks to animators – present in the zone every day – and information placed next to each of the models will learn about their history and find out how they worked.

Immediately after the opening of the zone, just after 4:00 p.m., a few lucky players will be able to try their hand playing Maciej Musiał in unforgettable games from the ’90s – Mario Bros, Mortal Kombat, Contra and Tekken. In the kingdom of games, Libero also did not forget about fans of the latest PS4 and Xbox One consoles. On “Winter Holidays without dullness”, the organisers have prepared for them several positions on which you can play great productions, including: FIFA 2019 or Crush Bandicot.

On the occasion of “Winter Holidays without dullness” and Valentine’s Day Libero has prepared a small surprise for its fans. There will be bowling with Maciej Musiał to win. In order to get one of three double invitations, you have to write on Facebook Libero in an interesting and funny way why you will be the best companion for Maciej at a bowling alley on that day. Additionally, in the comment you should mark the person with whom you would like to go bowling. Answers can be sent by the end of Wednesday, February 13. The time of the game is scheduled to start at 5 p.m. For those who will not be lucky this day, MK Bowling will have discounts on bowling and billiards.

But this is not the only contest of the day. On Thursday, the last day when you can fight for prizes for Valentine’s selfie in Insta Spot. If you want to win double invitations to the Helios cinema or to taste French specialties, tickets for an hourly bowling game or a voucher worth PLN 500, for example for a weekend trip to a SPA, just take a photo in Insta Spot, upload to Instagram, add a hashtag #LiberoLove and mark yourself in Libero. The competition lasts until the end of Thursday, February 14.

Insta Spot will also be the last point of Maciej Musiał’s visit to Libero. Anyone who wants to take a souvenir photo with an actor will be able to do it just after 6 p.m. at the main stage.