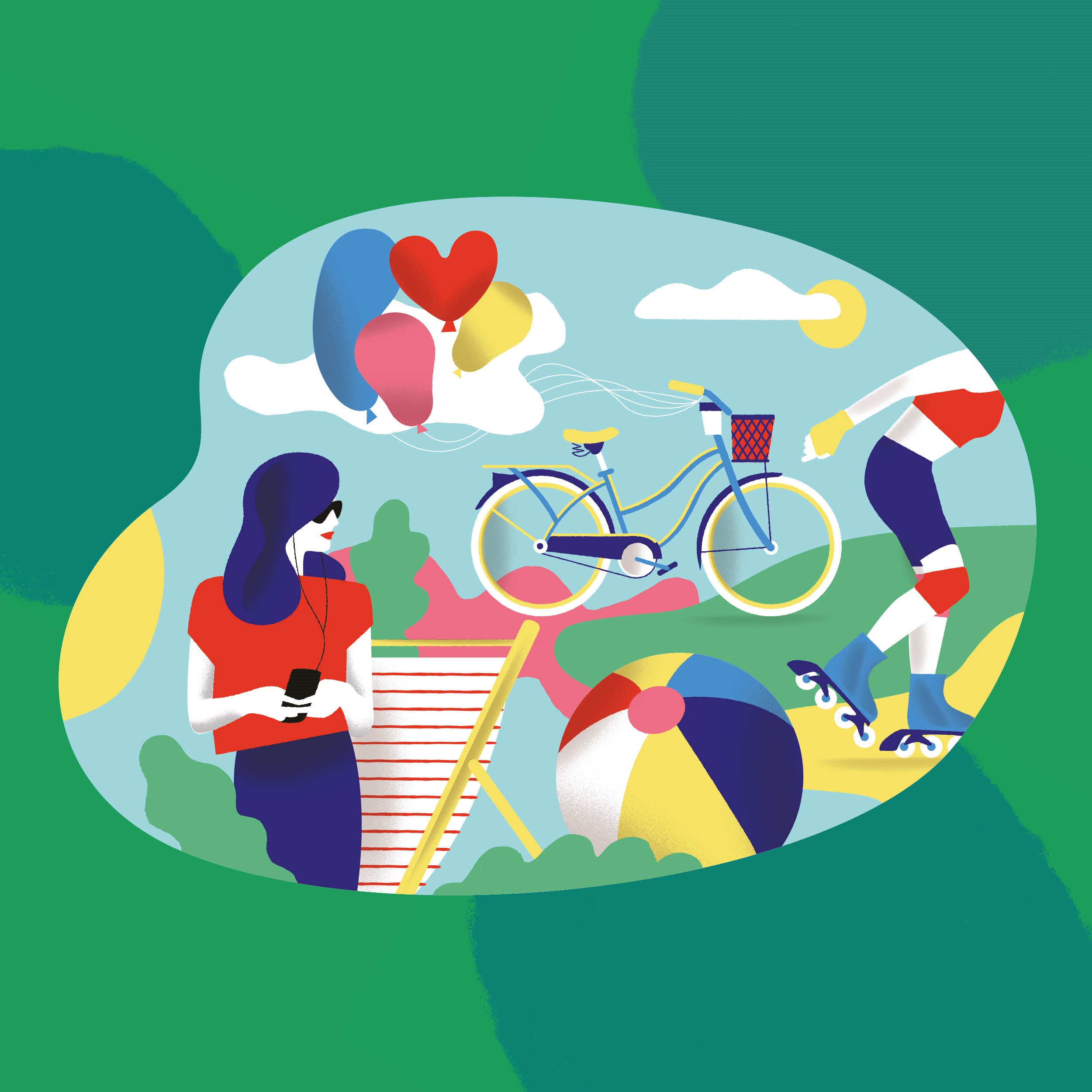 A square with an area of over 4,700 sqm will appear in front of the characteristic glass façade from Kościuszki Street. In winter, it will be able to host Christmas fairs, exhibitions of traditional nativity cribs and an ice rink, and in summer beach volleyball courts, street basketball tournaments and a relaxation zone with beach umbrellas, sun loungers and live music. There will also be comfortable benches, deckchairs and pleasant greenery. The square will be a place of meetings, active recreation and various events organised by Libero.

During its construction guests can use the main entrance to Libero without any problems. Construction works will also not cause any traffic problems at the nearby intersection. The estimated cost of the investment is PLN 3.5 million. The whole project is financed by Echo Investment.

“The square in front of Libero will have an important social function. It is to be a place where people will want to spend time and where there will be a lot going on. We want both visitors to the newest shopping and entertainment complex in the region and residents of Katowice to spend their free time here” says Urszula Łatka-Styrkowiec, Asset Manager in Echo Investment’s Retail Department.

It is assumed that the public square, open 24 hours a day, is not only a place for everyday meetings but also for cultural and artistic events. With concerts on a folded stage, vernissages, art fairs and an open-air cinema. In various forms, street art should also appear on it. Soon, on the square in front of Libero, there will be eight characteristic cubicles where art and various artistic installations will appear.

The square will be vibratnt regardless of seasons and time of day. In winter, it will be able to host Christmas fairs, exhibitions of traditional cribs and an ice rink, and in summer beach volleyball courts, street basketball tournaments and a relaxation zone with beach umbrellas, sun loungers and live music. At night, it will shine with light from decorative lanterns and dozens of points placed in the square.

Street food and culinary events will be stressed strongly. Architects from the studio RS + – known for, among others a project of development of waterfront and canoe marinas at the Paprocan lake in Tychy or arrangement of Jaworznickie Planty – they thought about appropriate infrastructure and planned the square so that it would be perfectly suitable for the organisation of breakfast fairs, picnics and food trucks. There are approximately 10 positions for the latter in front of Libero.

The square, thanks to comfortable multi-person benches and sun loungers and hammocks hung under pergolas available in the season, will be a place of everyday rest. An interesting element will also be solid city furniture, which will be part of small architecture.

The project is also focused on greenery. In the corner of the square from Kościuszki and Kolejowa streets, the architects planned a green bank and seats in the form of a box. The concept assumes that the whole square will be surrounded by greenery – lawns, decorative flowerbeds and shrubs. An interesting fact is the labyrinth of tall grasses located in the part closer to the centre of Katowice. The design also includes natural materials of which small architecture will be made.

In Libero in Katowice, on the area of ​​45,000 sqm, over 150 stores and service outlets are located. The complex includes both premium clothing brands, including: Guess, Tommy Hilfiger and Calvin Klein, as well as the most well-known chain stores, including: Reserved, H & M, Terranova, Carry, New Yorker, Diverse, Medicine , Monnari, Orsay, Quiosque, Greenpoint, Sinsay or Mohito. At the intersection of Kościuszki and Kolejowa streets, residents of Katowice can also shop at the Royal Collection store offering collections of prestigious brands: Hugo Boss, Versace Collection, Tadashi, Oscar Jacobson and many others.

An interesting fact in Libero is also one of the first stationary stores in Poland of eobuwie.pl, where you can find no traditional shelves with shoes. There are screens with special offers and several positions with tablets on which – just like in the online store – you choose a model and size of your shoes. After placing an order in a few minutes they are delivered to be fitted. In the store you can also carry out orders placed online.

A man does not live by fasion only

In addition to shopping, Libero also invites you to one of the most modern cinemas in Poland, which at 229 Kosciuszki Streer launched the Helios chain. The multiplex has 8 comfortable rooms equipped with high-class cinematographic equipment. Two of them are Helios Dream rooms, distinguished by among atherts modern interior design and comfortable, leather adjustable seats. In Helios, apart from films from the regular repertoire, a wide range of special projects is waiting for viewers, targeting, among others, to women, children or film fans.

The investor and developer of the complex emphasizes that 20 percent of the area is entertainment and food court. In Libero, the entire second floor has been dedicated to it, in addition to the cinema: MK Bowling entertainment centre with a 10-lane bowling alley and a billiard club, a modern two-level fitness club belonging to the Fabryka Formy chain, a children’s entertainment centre KOKO Planeta Łobuziaków, also 13 restaurants and cafes, and in the middle of them Pizza Hut, Mexican restaurant Papa Diego or sports restaurant Food & Ball by Arek Milik. The space is open to the residents of Katowice also on Sundays free of trade.